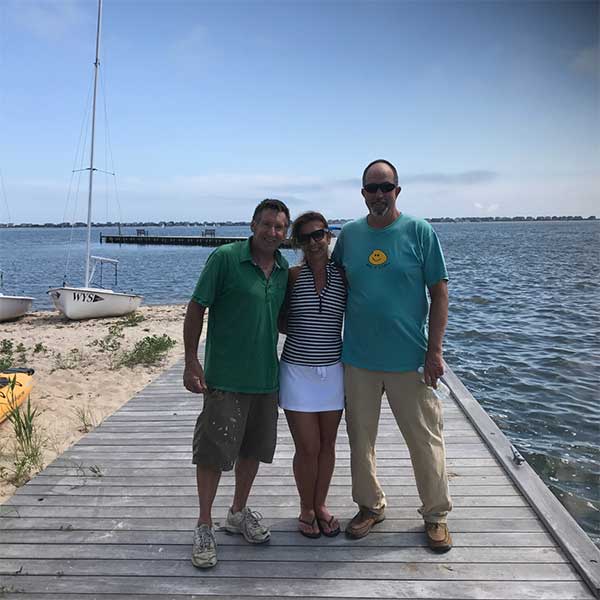 Co-Founder of the Moriches Bay Project

Laura Fabrizio, Co-founder of Moriches Bay Project, first fell in love with the Hamptons and the bay, when I was a child. At a young age, I knew that I had found my home. After graduating from college, I lived in Manhattan and was inspired by the excitement of city life. With many late nights, I worked my way up from Assistant to Vice President at J. Crew. While I loved the excitement of the city, the theater, restaurants, and museums—my heart kept bringing me back to the beach.

I gave up my apartment on the Upper West Side to make Westhampton Beach my full-time home. I now start my days on the bay with my two yellow labs, Bella and Lucy. I started a small business called Coastal Concierge our focus is to take care of your “to-do list”, giving you the time to create memories that will last a lifetime.

Almost all of my spare time is spent working on the Moriches Bay Project, which has become my passion working to continue the effort of bringing awareness to the conditions of the bay. 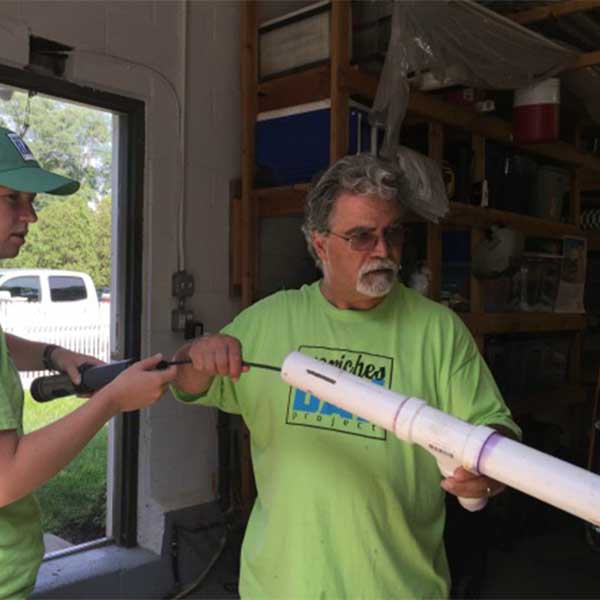 Co-Founder of the Moriches Bay Project

As president and co-founder of First Coastal in 1975, he provides environmental services and solutions to help coastal property owners with the preservation and protection of their property. Aram currently serves as the Commissioner of Wildlife Protection for the Village of West Hampton Dunes, is active in the Westhampton Kiwanis Club and routinely presents on environmental issues to local service organizations. Aram received his BS in Environmental Science and Resource Management from Lehigh and his MS from the University of Delaware. He is routinely requested to present at national and regional coastal conferences. Aram reside in Westhampton Beach. 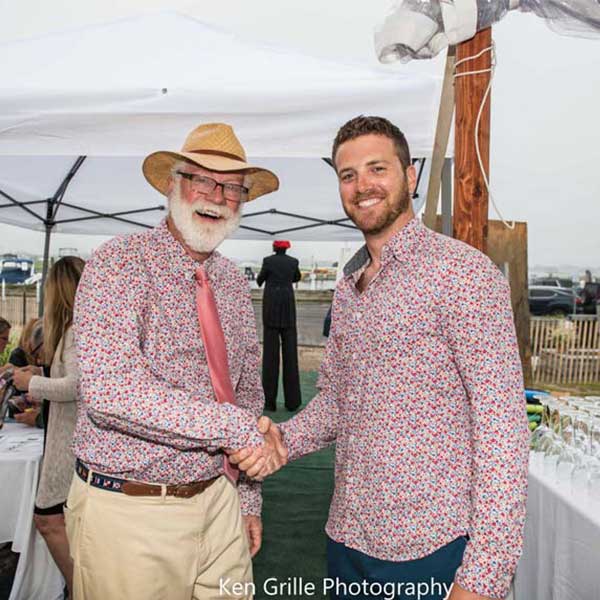 James N. Hulme is a founding member of a local law firm Kelly & Hulme, PC, engaged in the general practice of law concentrating on land use and real estate. Pro Bono work done by Mr. Hulme’s Firm includes the formation and advising of several local not-for-profit organizations including the WHBPAC, the Westhampton Cultural Consortium, the Westhampton Youth Alliance, the Moriches Bay Project, and others.

Jim is married to Suzanne Kelly, a high school science teacher and WHB High School graduate (1977), who together have three daughters and one grandson. When he is not working, Jim can be found around playing his guitar and singing the music he grew up with. 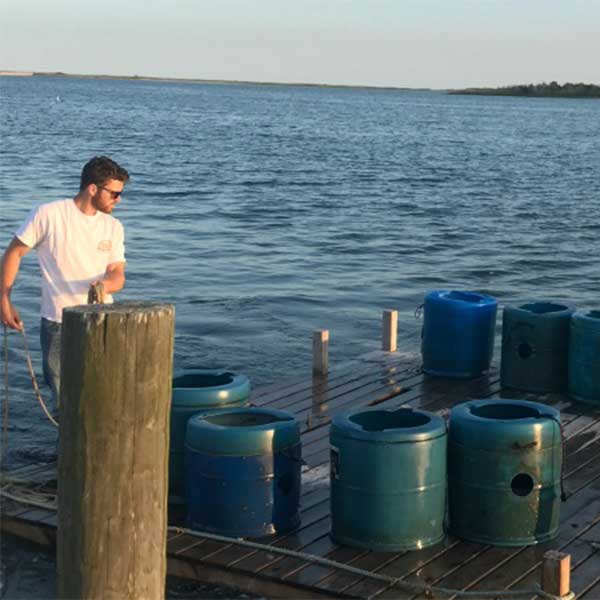 Dwight Surgan received a Bachelor of Science degree from SUNY Stony Brook with a focus on estuarine ecosystems. His educational background, combined with local knowledge of Moriches Bay, has helped direct restoration efforts to where they are needed most.

Currently, Dwight works as a Bay Management Specialist for the Town of Brookhaven, spending much of his time co-managing the shellfish grow-out station on the north shore and looking after the Town’s wetlands and waterways.

Dwight currently resides in Westhampton with his wife and 2 young boys. 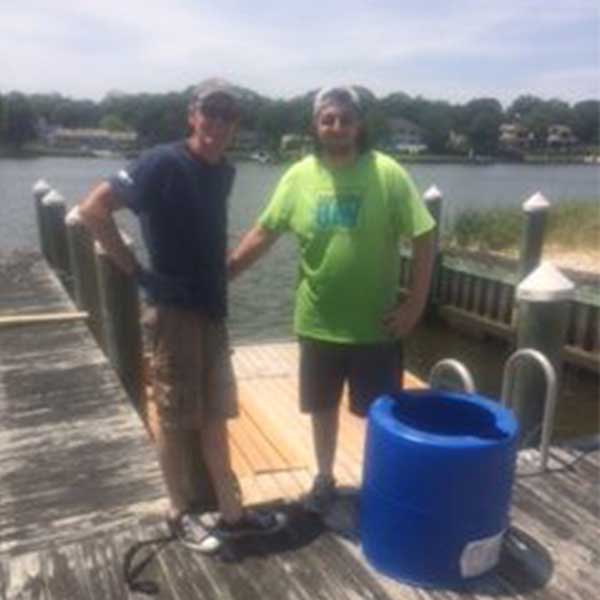 My name is Anthony Sferrazza. I am a junior at Stony Brook University, majoring in Coastal Environmental Studies. Studying the marine environment has been an interest of mine since high school, where I engaged in research regarding sustainable aquaculture with live rock a material used in fish tanks and aquariums, and other environmental issues on our Long Island beaches and shores.

Having been born and raised on Long Island, and having involved myself in this field of study, the movement to save and protect our bays is one I uniquely understand and appreciate.

As a volunteer with the Moriches Bay Project, I hope to continue exploring these interests and working towards a cleaner, healthier environment through our restoration efforts. 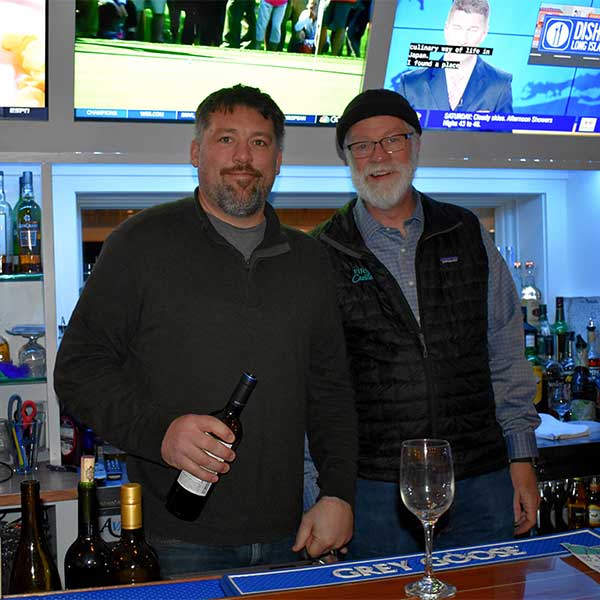 Brian Tymann is a Long Island native and a graduate of both Westhampton Beach High School and LIU Southampton. A conservationist since childhood, Brian has always maintained a passion for the natural world, emphasizing proactive approaches to protecting it.

Professionally, he started his career by forming an aquatic landscaping company, designing, creating, and maintaining aquatic ecosystems such as ponds and lakes. After selling the company in 2006, he entered the solar energy market.  He then went into the consulting business, where he manages community and government relations for a wide array of clients.

He has served, and is still active, with many boards and committees, as well as serving in elected office. At just 26 he was appointed to the Southampton Town Conservation Board and was subsequently elected as a Southampton Town Trustee in 2007. In 2015 he was elected as a Westhampton Beach Village Trustee, where he still maintains his post and has been instrumental in over $40m of infrastructure improvement projects including establishing a sewer district for the bustling downtown and installing a new storm drainage system.

In late 2020, he was named “The Southampton Press Person of the Year” by their editorial staff, recognizing him for extensive work serving community members throughout the Covid Pandemic.

Brian’s hobbies and interests include foraging for edible wild plants (and teaching classes about it), playing the drums in several bands, hiking, writing, traveling, and most importantly spending time with his wife of 10 years and two daughters, ages 6 and 3. 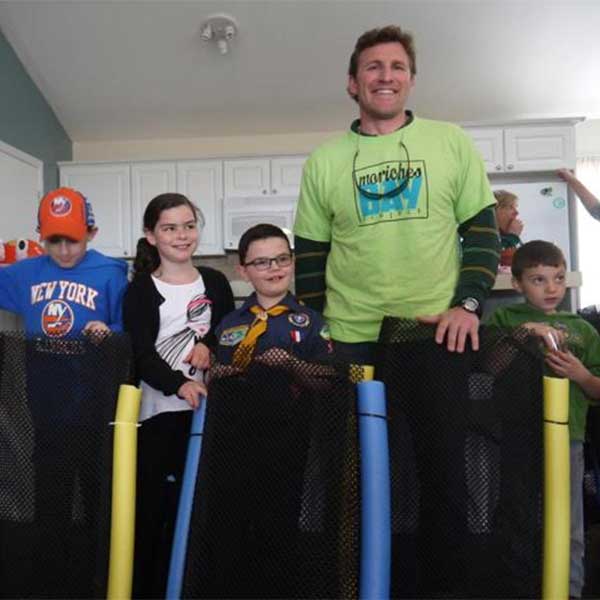 I grew up in Islip, spending most of my time out on the water either surfing, lifeguarding, sailing, or fishing. The Great South Bay and ocean around the Fire Island inlet were my usual haunts. Upon graduation from Islip High School, I went to Trinity College in Hartford CT majoring in mechanical engineering, where I played rugby and work for the engineering department as a TA and lab assistant. The only negative thing I can say about Trinity is that it is in Hartford, which is too far from salt water.

Upon graduation from Trinity, I returned to Long Island and to the water. I entered the workforce as an engineer in the defense industry working for several different companies on a variety of products – from hypersonic propulsion systems to airborne imaging systems. Any free time I had was spent out on the water – usually surfing, or sailing competitively.

While the engineering industry was great, it often required lots of long hours and travel and, at times, could be a bit isolating as most of my time was spent working on some kind of technical challenge either with a small team of people or individually. I felt that there was a certain amount of personal interaction that was missing in the engineering workforce as most things are done electronically through e-mail, so I began considering a career path where I could spend more time interacting with, and helping, other people.

I reflected back on my time spent as a TA and lab assistant, and how gratifying it was to work with people as they strive to learn and expand their knowledge. This got my curious about becoming an educator – particularly a high school science teacher – which allows me to help students and maximize the positive impact that I can have on our society. From that point on, I focused on changing careers and ultimately succeeded in becoming a high school teacher (Physics and Science Research).

These days, I spend most of my time trying to learn and perfect my craft as an educator while still finding some time to get out on the water as often as possible. Oh, and I always find a little time to help the oysters! 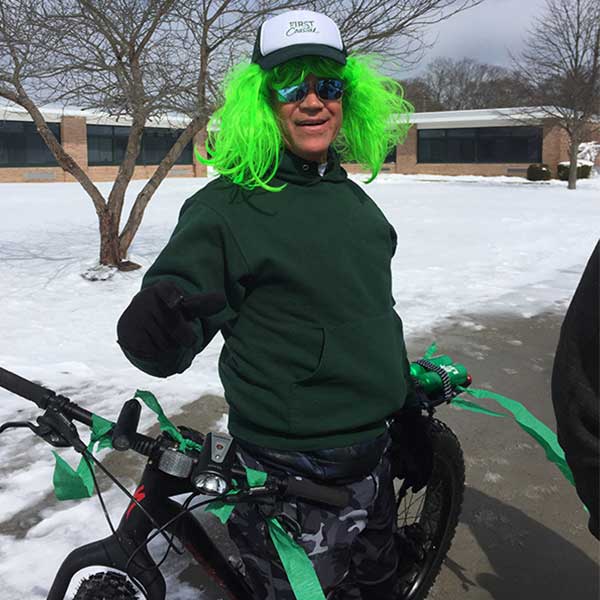 Billy Mack is executive vice president and co-founder of First Coastal Corporation since 1975. His areas of expertise include the design, supervision, and construction of coastal projects, coastal regulatory permitting and compliance, and tidal and freshwater wetland restoration and mitigation. Billy’s other responsibilities at First Coastal include stormwater run-off control, environmental evaluation and permitting, field monitoring, and compliance to specifications and regulations of local, state, and federal regulatory agencies.

Billy also involved himself with wildlife and endangered species protection, as a volunteer and power steward for The Nature Conservancy, South Fork-Shelter Island Chapter, a volunteer for stranded animal retrieval and beach clean-up for the NY Marine Rescue Center, and a perpetual volunteer for Peconic Land Trust.

Billy Mack studied Environmental Sciences at Long Island University, Southampton Campus, and Mechanical Engineering and Business at the University of Massachusetts and Amherst and Smith College.

Billy grew up in Westhampton and is integrity involved in his community.  He loves all water sports and spends just about all his free time either in the water or near the water! He starts each day with a bike ride on the beach with his dog Mack Sea.

Billy currently resides in Southampton, NY. With his wife and has 2 grown boys who love the bays as much as he does. 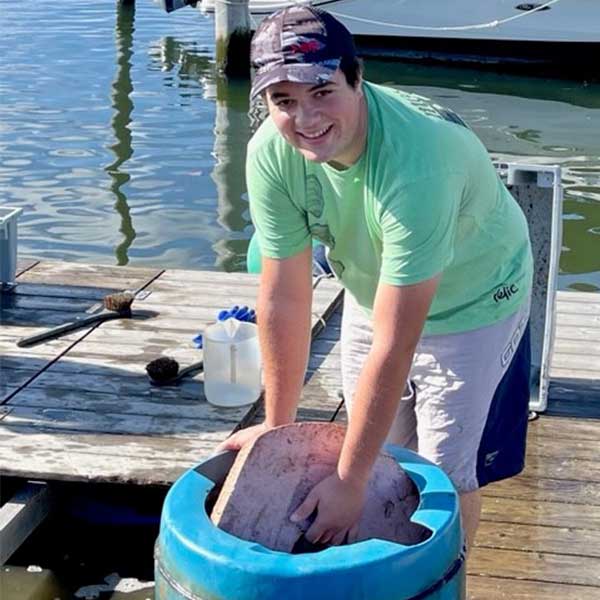 I grew up in Center Moriches I’ve lived here my whole life. My grandparents always lived on the water so fishing and trips to the beach were something I always did. As I was growing up and started school here in Center Moriches I started learning about all these ways humans have negatively impacted our environment.

Seeing these things like a brown tide which I always thought was just this normal thing and learning that there was a direct cause due to humans. I really wanted to find a way to help clean out the waters and help try and reverse what damages were done. I was fortunate enough to have a few teachers that saw that passion and that introduced me to the project and I’ve been here ever since.

Become a Volunteer or Donate Today!